Brad Plumer in Vox: The company trying to build the controversial Keystone XL pipeline has given up all hope that President Obama will approve the project – and wants a final decision delayed until after the 2016 election. 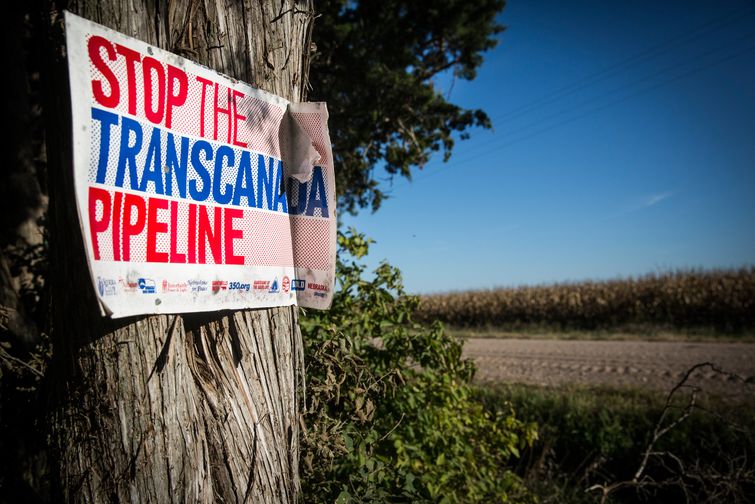 On Monday, TransCanada asked the US government to temporarily suspend its review of the $8 billion pipeline, which, if built, would bring 830,000 barrels of oil per day from Canada and North Dakota down to refineries on the Gulf Coast. Environmentalists have long opposed this project, and Obama has dithered over a final decision for years (since it crosses national borders, his administration has final say).

In a letter to Secretary of State John Kerry, the pipeline firm said it has just filed an application with Nebraska’s energy regulator over a new route, and that review process is expected to take seven to 12 months. In the meantime, TransCanada wants the State Department to pause its own ongoing review (something the federal government did during a previous dispute over a Nebraska route last year).

One obvious possibility here is that TransCanada officials believed Obama was getting ready to kill the pipeline – so they’re making a last-ditch maneuver to postpone any any final decision until after the next election.

So two things can happen now. The State Department could say, fine, we’ll hit pause on our review – and essentially kick the decision to the next president. Obama wouldn’t have to deal with this headache anymore. It’d be decided by the 2016 election. Hillary Clinton and Bernie Sanders have said they’d veto the project, while Republicans like Ben Carson, Jeb Bush, and Marco Rubio have said they’d approve it. (Donald Trump’s positionon Keystone is … well, it’s Trump.)