“The election year is upon us, and Republican pollster Kellyanne Conway describes the nation’s mood heading into it this way: ‘Sour and dour. Nervous, on edge, a feeling of vulnerability and a lack of control.’”

“Pollster John Zogby thinks voters are setting up for themselves a fundamental choice, the outcome of which isn’t at all certain: ‘Overriding any particular issue will be whether Americans want to tear things down and start over, or believe that government/politicians are trustworthy enough to make required changes.’” 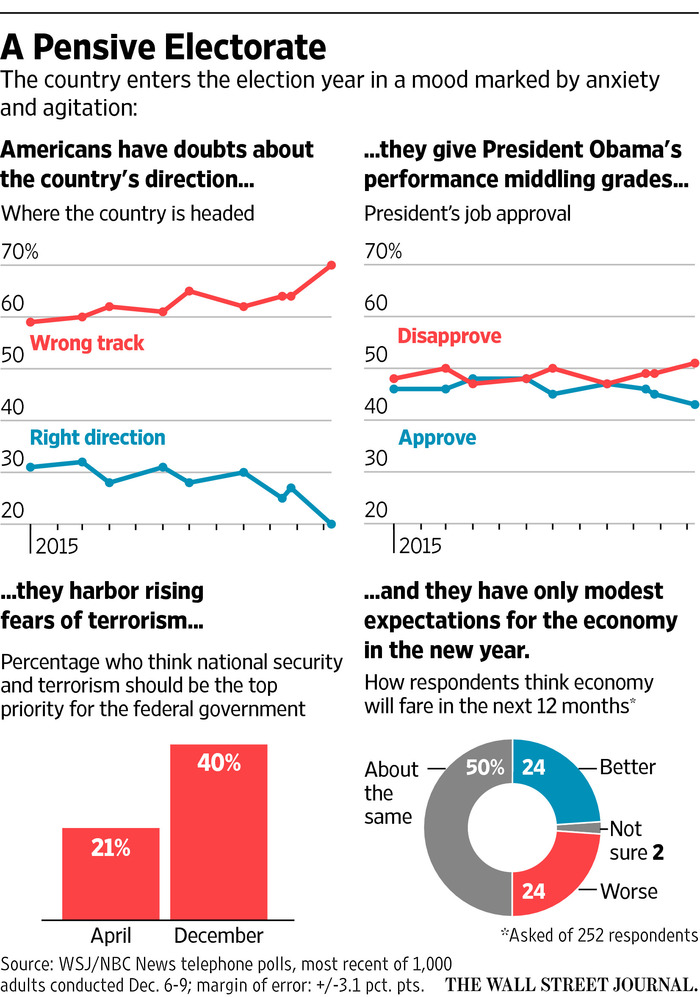 “Finding somebody who can disperse the clouds appears to be more important than any specific issue or set of issues, though Republican pollster David Winston thinks the basic rule of voter priorities still applies: ‘The election will be about jobs, wages and the economy, with foreign affairs and terrorism having emerged now as the clear next issue of concern.’”

Be the first to comment on "Inside the Numbers: Voter’s Sour and Dour in 2016"